I actually can't think of a better way to open the new blog on the new website than with a birth story.  Or perhaps a birth saga is more like it.

My husband's best friend wasn't terribly interested in maternity or birth photos.  It was only with a lot of encouragement (and threats of regret) that we finally convinced Dad that it wouldn't be so bad.  As he was going to visit family in Sweden over Christmas, we snuck a quick maternity session in 2 days before his flight and it was agreed that on the off-chance that the baby decided to show up before his January due date and Dad was unable to get back to Canada in time, birth photos were a back-up plan. Of course, the temperature had plummeted to - a bazillion with a wind chill factor of you will die of exposure, so why not go outside for a couple of shots?  From start to finish, we managed this session in under 20 minutes... 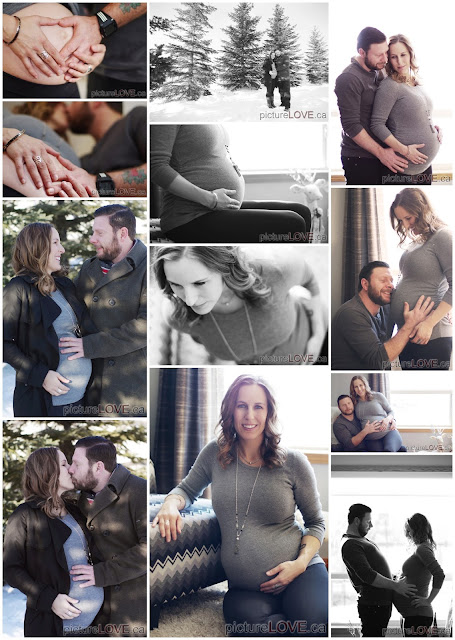 Fast forward a few days, and the texts coming from Mom had us convinced that this baby had no intention of waiting until 2017 to put in an appearance.  A few short days into Sweden, Dad was scrambling to find a flight home.  Which, at Christmastime, can be not only next to impossible but require taking out a second mortgage.  The planets, however, aligned ever so nicely and for a cool $65 Dad was able to get on a flight and was picked up at the airport on December 23rd at about 10:30pm.  By 1:30am on December 24th, Mom had convinced a sleep-deprived Dad that birth pictures were a good idea and would be happening shortly as she was definitely in labour.   So everyone, including my husband (who had to drive me since I had been enjoying Christmas spirits) headed to the hospital. 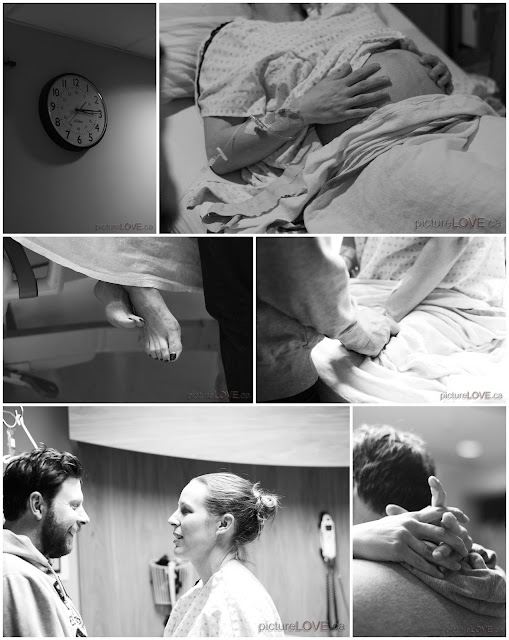 Once the epidural was in, Dad took a much-needed nap and Mom laboured like a champ. 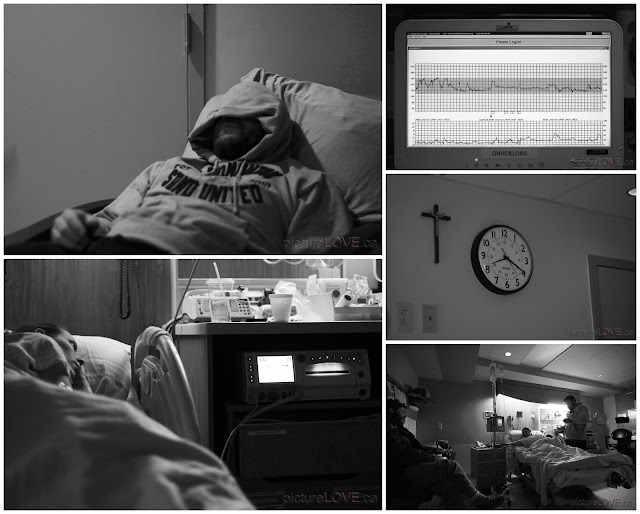 Around 8am, their neighbour (who had let the dog out) came by and dropped off a bag of things that had been left at home along with a "baby's first Christmas" stocking - an item they didn't think they would need. 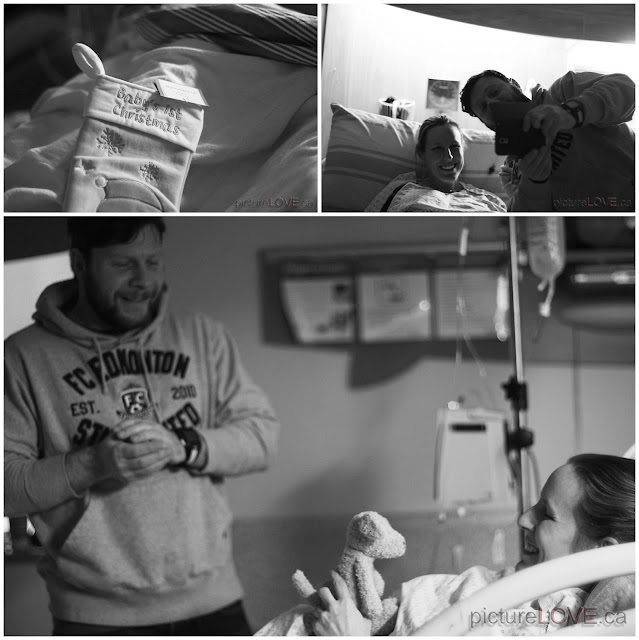 Soon after this, Mom's labour kicked into high gear and before we knew it, it was time to push.  I loved that she had her toenails freshly painted. 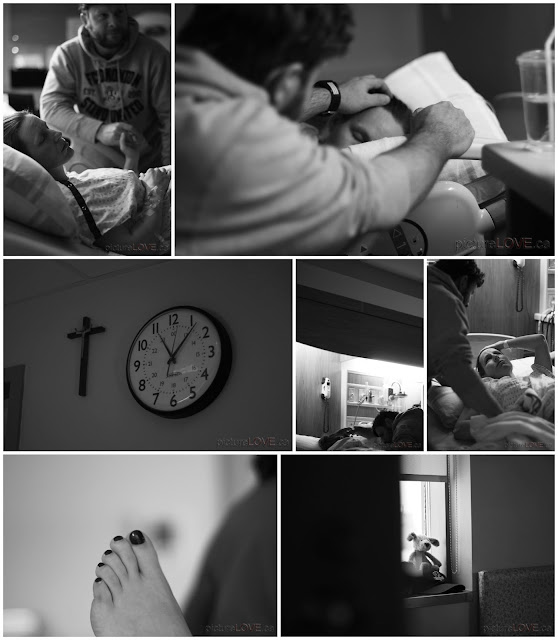 In the first image below, I believe you can actually see the exact moment Dad's mind is completely blown. 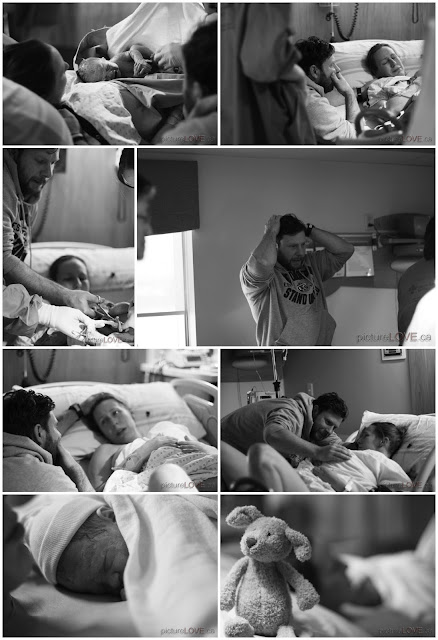 There was so much love in this room. 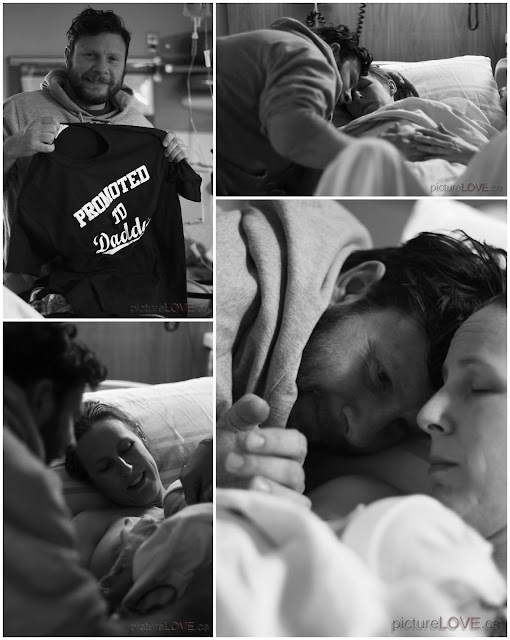 Because sweet Gunnar was a few weeks early, he was placed on Mom's chest for skin-to-skin contact for a full hour and Dad had to admire him from nearby. 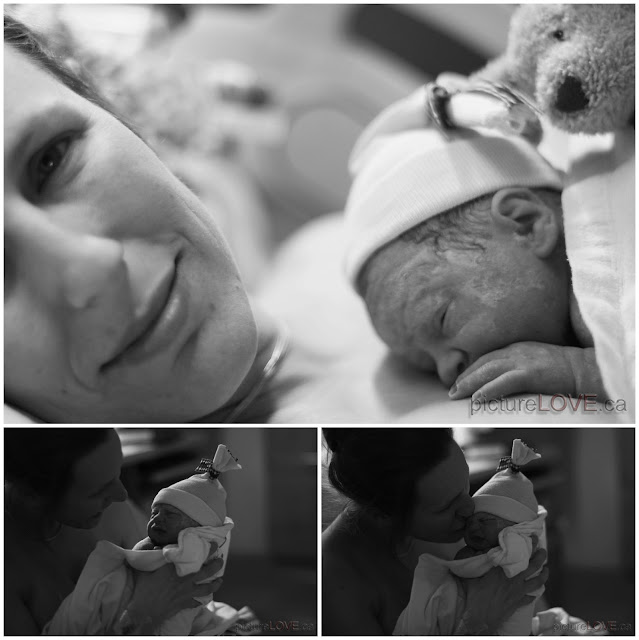 Clearly, it was worth the wait. 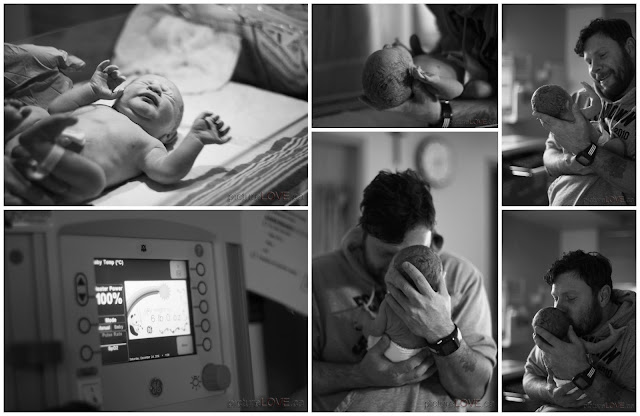 I think Dad was in love, though as a first-time Poppa, he has a steep learning curve ahead of him - it took 3 of us to convince him that giving Gunnar a taste of orange was not a good idea... 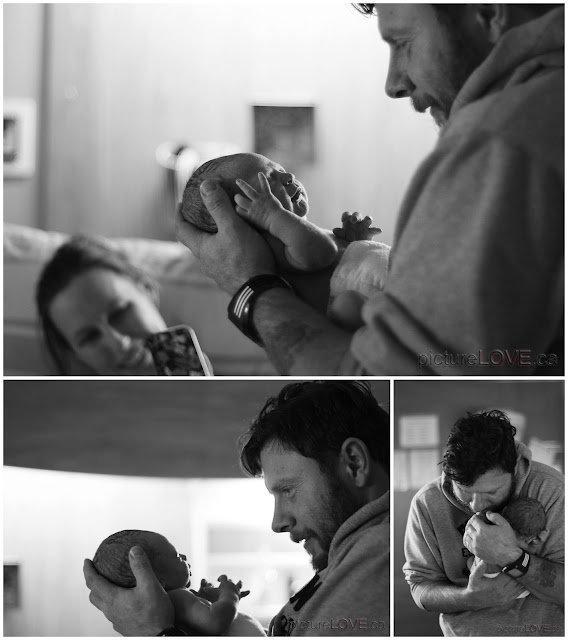 Christmas was put on hold until New Year's Eve for Mom's extended family, and before they gathered up the rest of the kids and headed out for some overdue holiday festivities, my husband and I headed out for some baby squishing (and photos) bright and early in the morning. 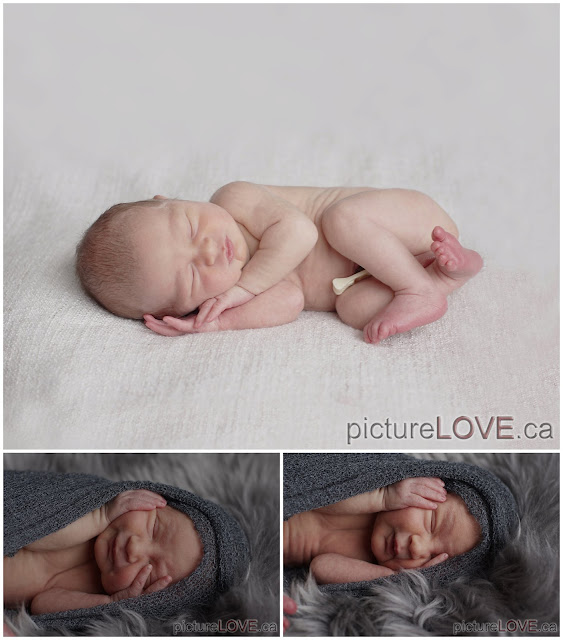 My husband and I cannot begin to describe how exciting it is for us seeing his best friend experience the joy of becoming a father, and we can't say enough how happy we are to have Mom and her other three (camera shy) children join our weird and wonderful circle. 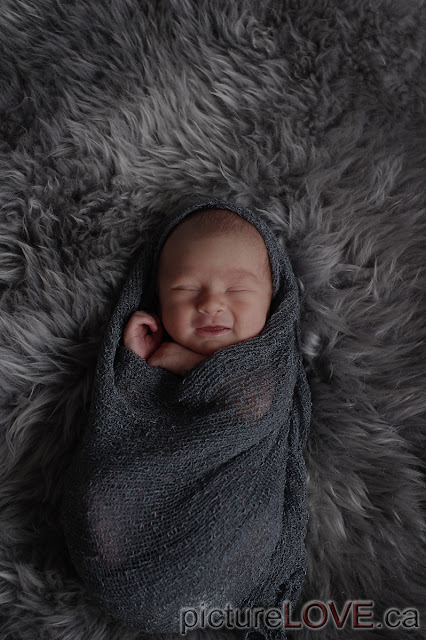 How can you not fall in love with this face? 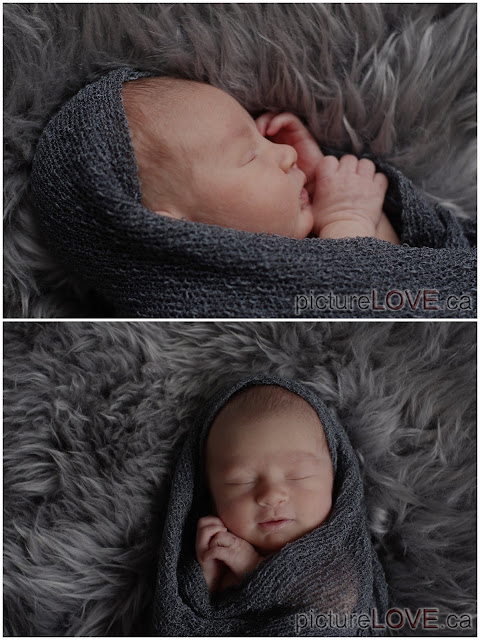 Can you find all the pictures of a small teddy bear?  That was a special gift from Gramma, who was in Sweden when her first grandchild arrived.  I imagine Gunnar's adventures with the little brown bear have only just begun. 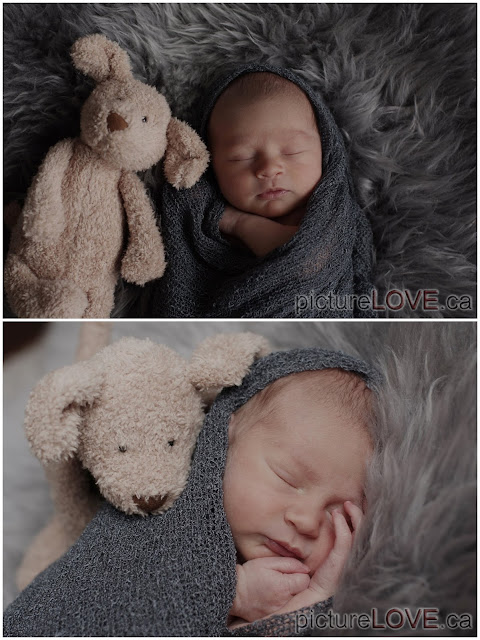 Unless otherwise noted, writing and watermarked images on this blog are copyrighted to Hope Walls.